In line with ARC’s holistic approach to biodiversity conservation we want to make the Amazonian cloud forests a priority. Due to the on-going threat of clear-cutting, cloud forests are already extremely rare, currently making up just 2.5 per cent of our planet’s tropical forests. Cloud forests are home to thousands of species of plants, unique species of amphibians, reptiles, and birds, and 28 threatened animal species, including the spectacled bear, bush dog, giant armadillo, and the critically endangered harlequin frog.

Sadly, the cloud forest habitats in the Amazon rainforest are rapidly being degraded. Habitat loss due to deforestation, forest conversion to monoculture plantations, and livestock ventures are destroying the biodiversity, and causing land degradation and fragmentation that’s harmful to the species that live there.

ARC is partnering with Bosque Guardián (BG), a Peruvian non-profit organization, to both create a conservation/wildlife corridor and promote sustainable living in the valley between the two mountain ranges of the Cordillera Escalera Regional Park.

This valley is home to approximately 170 families, the majority of whom are currently earning their living as cattle ranchers. As well as acquiring land for direct conservation, we will work with the local families to reforest areas that have been cleared for cattle grazing, and to expand the alternative livelihood projects initiated by BG (ecotourism, agroforestry, artisanal paper making, and beekeeping for honey production).

A main focus with this project is to protect the region’s jaguars which are under threat from habitat loss and conflicts with humans. There are an estimated 15,000 jaguars left in the world and their last refuge is in the Amazon basin. 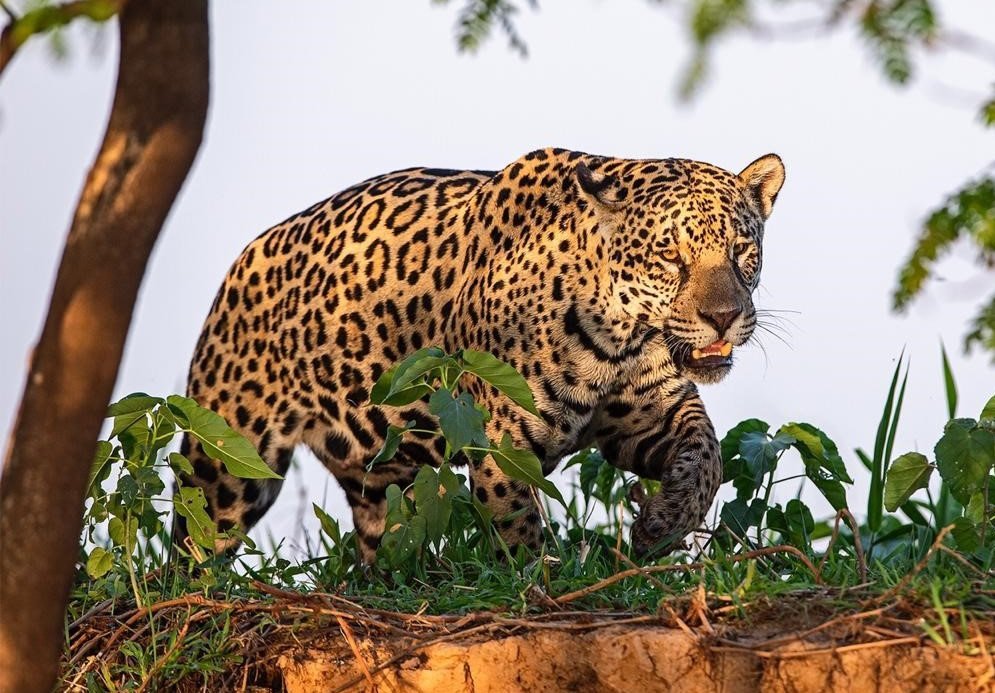