THE UNCONTACTED PEOPLE OF THE AMAZON RAINFOREST 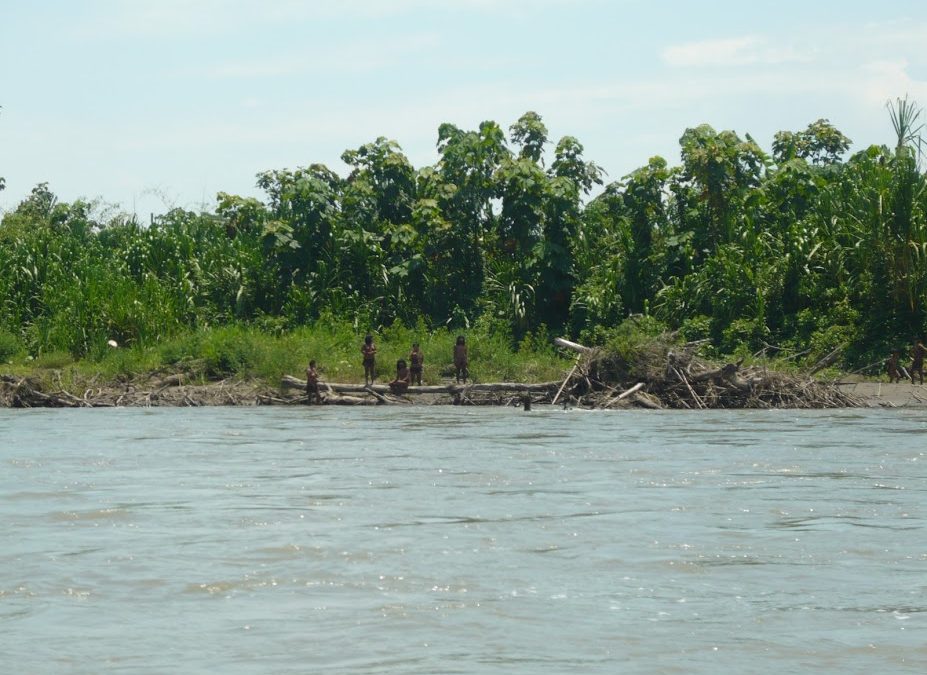 One of the most remote and least disturbed area in the entire Amazon rainforest basin lies in the region of Madre de Dios in southeastern Peru. It is here that the Yine people live in voluntary isolation, avoiding human contact. The Yine are most likely descendants of people who fled into the jungle to avoid enslavement during Peru’s bloody rubber boom in the late 1800s. 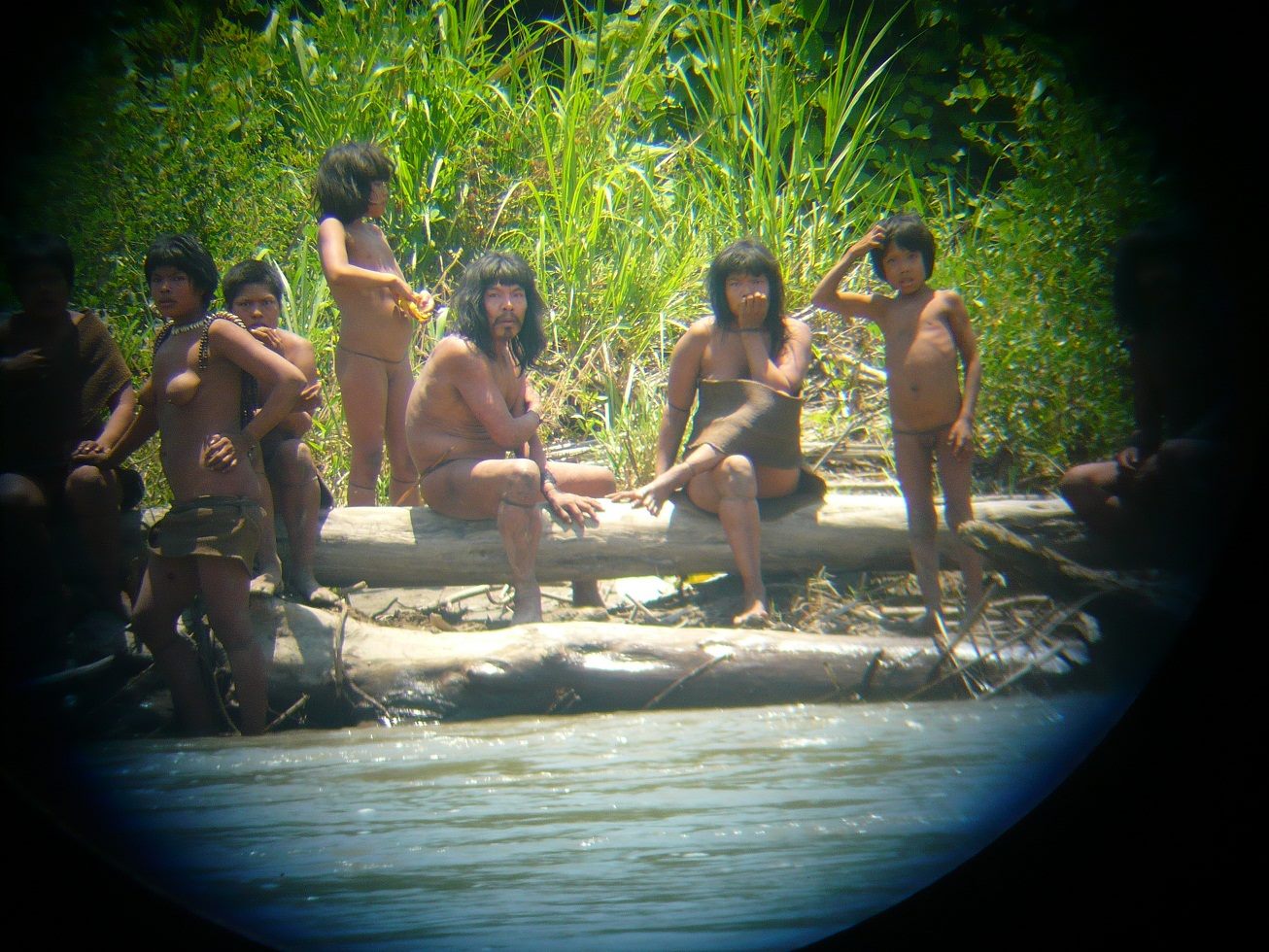 Photo taken by Jean-Paul Van Belle, on October 21, 2011, through a bird scope from the opposite river bank.

We know very little about the uncontacted Yine. They’re nomadic hunter-gatherers who live in almost complete isolation, moving through the rainforest according to the seasons in small extended family groups. In the rainy season they live deep in the rainforest; during the dry season when water levels are low and beaches form in the river bends they camp on the beach and eat turtle eggs. They avoid large waterways and are not great swimmers, but are adept at climbing trees. They arm themselves with seven-foot long bamboo arrows sharpened to a knife-edge. They use two fruits, which they ferment in bamboo pods to make an alcoholic drink.

The uncontacted Yine have been seen sporadically, but mostly their presence is known only from signs and sounds they make warning people to vacate an area. Yet, in the last few years, something has shifted. The Yine — who have rejected contact for over a century — are emerging from seclusion. They can be seen on riverbanks hailing boats, asking for food and clothing. They have raided villages for machetes, food and cooking pots, changing their behavior from avoidance to aggression. Where once the Yine would have simply run away from villagers encountered in the forest, today they shoot arrows at them. (Two villagers have been killed from arrows to the heart.)

Anthropologists have several hypotheses to explain the recent behavior. The intrusion of mining, natural gas, logging industries, road construction and drug traffickers may be displacing the Yine from their territories. Furthermore, with the amount of undisturbed forest in their region shrinking, their food sources are declining, such as turtle eggs and peccaries (a medium size mammal resembling a pig).

The current Peruvian government seeks to protect the Yine from contact, as their immune systems can’t handle our diseases. The government will only attempt communication if the tribe initiates it, in hope of better understanding their predicament. 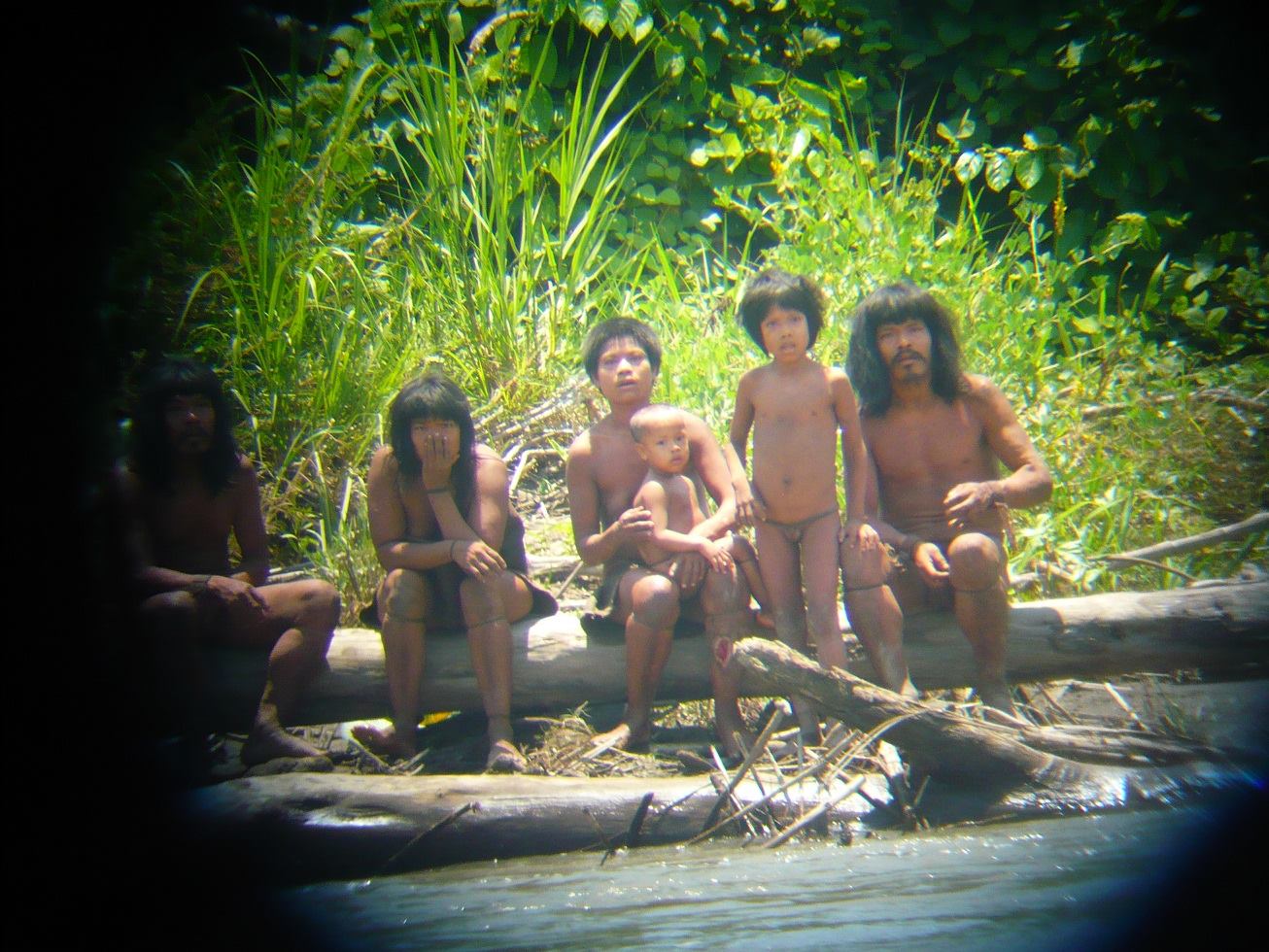