WHO ARE THE ILLEGAL GOLD MINERS OF TAMBOPATA, PERU? 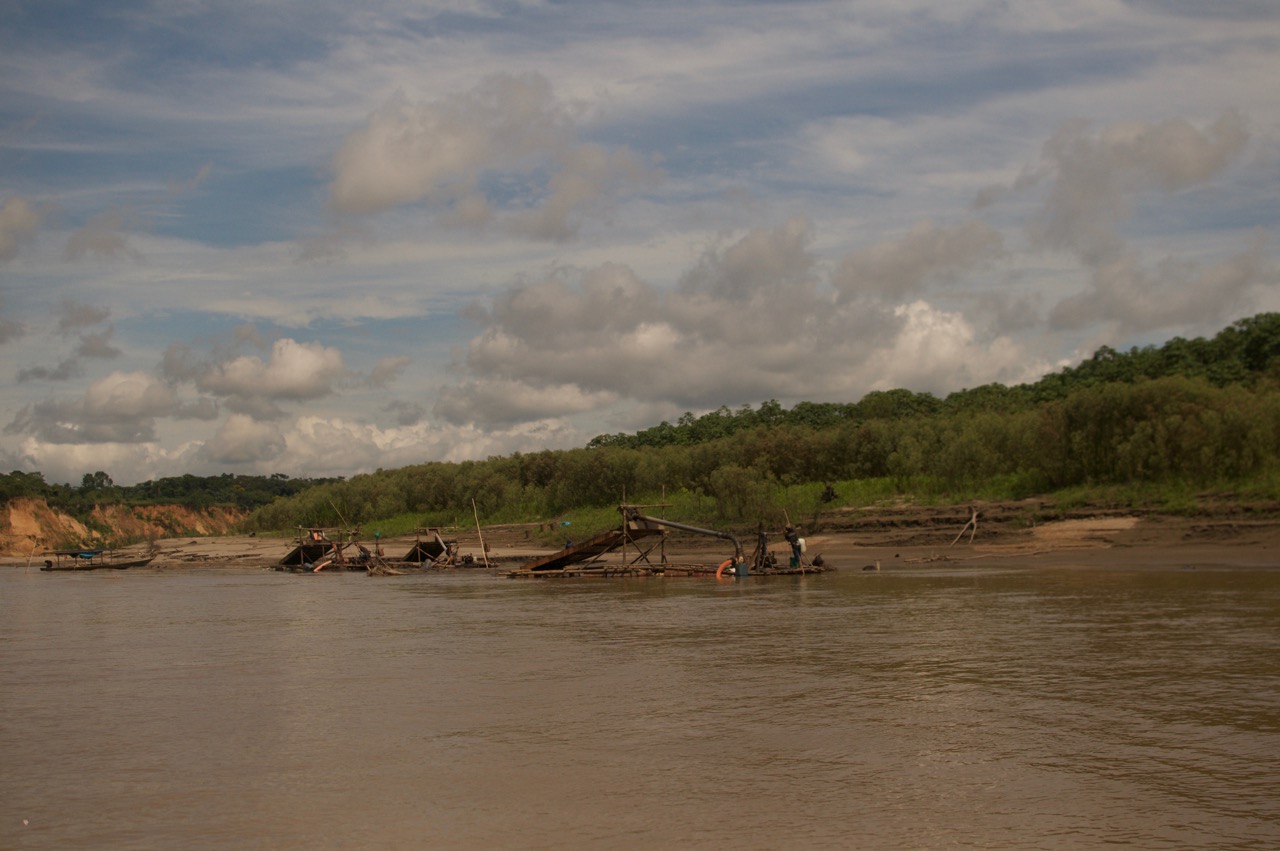 For nearly two decades, gold miners have illegally ravaged the Amazon rainforest in Peru’s Tambopata region. The miners move swiftly through the pristine jungle, turning it into treeless, toxic wasteland that could take 500 years to recover. Sadly, there’s no indication this destruction will cease in the near future. The high price of gold, extreme poverty, shortage of government resources, and the lack of political will or corruption all play a role in this environmental catastrophe.

﻿Who are the illegal gold miners of Tambopata, Peru?﻿

There are two types of illegal miners in this area. Some are decent people trying to feed their families, who’ve turned to mining due to the lack of legitimate jobs. (Sadly, the few legitimate jobs available often don’t pay a living wage.) These people are often farmers who need to supplement their income and have turned to gold mining for quick money.

The majority of the miners, however, are dangerous and desperate men. Some would think nothing of gunning down an environmentalist standing in their way. The mining camps are very dangerous places. In these lawless zones, guns and drugs abound; murders occur every day along with human trafficking, child labour, and even child prostitution. Parents in impoverished villages are told their daughters will work in a restaurant at the mining camp and will send money home. Instead, they’re brought to the camp and forced to work in brothels.

These miners are especially dangerous when they organize themselves. They’ve taken control of the capital city of Puerto Maldonado several times to protest government sanctions. They’ve forced the closure of the whole town, taken over the airport, and blocked the highway. Police are far outnumbered. During the last strike, an estimated 10,000 miners faced off against just 700 police officers. Gunshots were heard all over the city. The townspeople were hostages in their own homes. Schools were closed, grocery stores were shut, and people ran low on food.

What is the Peruvian government doing?

The government doesn’t have the resources to protect the rainforest against the scores of armed miners who have no respect for authority and believe, literally, in the law of the jungle. Furthermore, bribes, intimidation and corruption stand in the way of reform. Police are offered gold to keep quiet and then threatened with death if they refuse the bribe. Corrupt political leaders tip off the miners on upcoming raids, which allows the miners to temporarily replace their new machinery with old broken down equipment, which is what gets destroyed during the raid.

What is ARC doing?

Realizing that the miners are a large, organized and dangerous group, ARC needs a strategy to work with the miners to improve their conditions and reduce their impact. Currently, the miners’ prevailing method of extracting gold involves the use of large amounts of mercury. Mercury is a neurotoxin that’s causing severe health impacts in communities in Tambopata.

Speaking to the miners about the dangers of mercury on human health has had little impact. In order for the miners to convert their practices, we need to demonstrate that converting to mercury-free practices results in economic benefits in the form of higher gold yields. ARC is currently investigating two of these alternatives: one method uses borax (which is cheap, effective and safe); another method uses a machine that’s economical and efficient, and eliminates the need for mercury in recovering gold.

In the long term, ARC aims to assist in remediation projects for contaminated sites and, ultimately, to support the miners with alternative livelihood strategies.